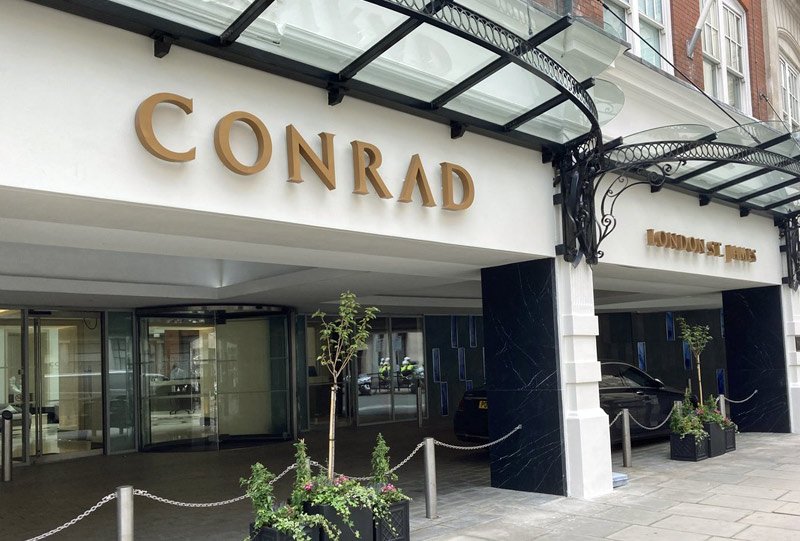 Our client specialises in high-end refurbishment, and we’ve worked with them before. They asked us to take care of all external works, while they refurbished the hotel interior.

The prestigious luxury hotel is housed in the stately Queen Anne’s Chambers, once a war-time home to lobbyists and civil servants due to its close proximity to Parliament.

The building’s facade was in need of repair, and we carried out a full external survey to determine the works required.

Before and after photo: Facade refurbishment

Pictured: Before and after photo of part of the facade refurbishment

Our survey findings included: The protruding stone string course was not properly protecting the street-level facade from rainwater. The water was flowing from failing drain pipes down the external walls, causing parts of the string course, and the pilasters below, to crumble and degrade.

To fix this, we cut out and replaced several sections of string course stone, and replaced and improved the leadwork covering and guttering.

During the refurbishment we worked closely with the hotel’s management, who were trying to open the hotel’s bar during the lifting of lockdown restrictions. The hotel was also the base for EU delegates during the final throes of Brexit negotiations.

With planning and preparation, we arranged the work schedule so the cutting and inevitable dusty works caused  minimal disruption.

Works were completed in four months. From start to finish, the facade was refurbished, and project managed, by London Stonemasonry.

The hotel’s management and owner were extremely happy with the result, as were we. We’re looking forward to working together again.

Photos of our work on this project 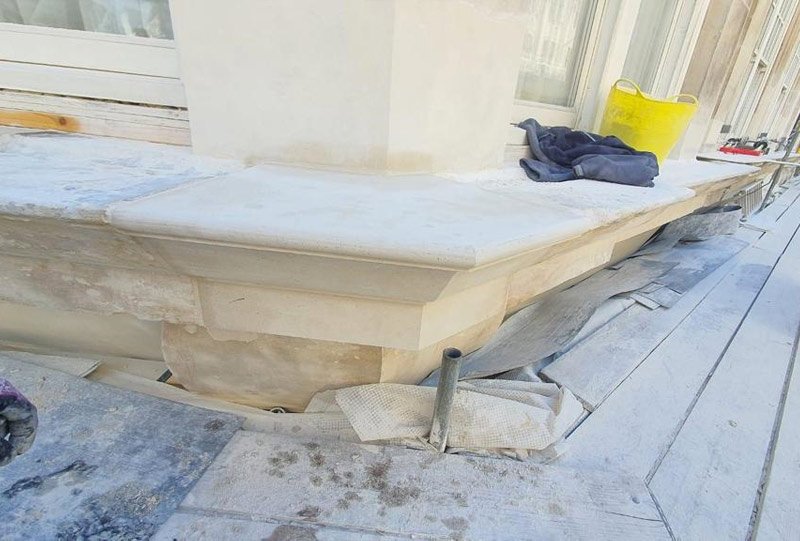 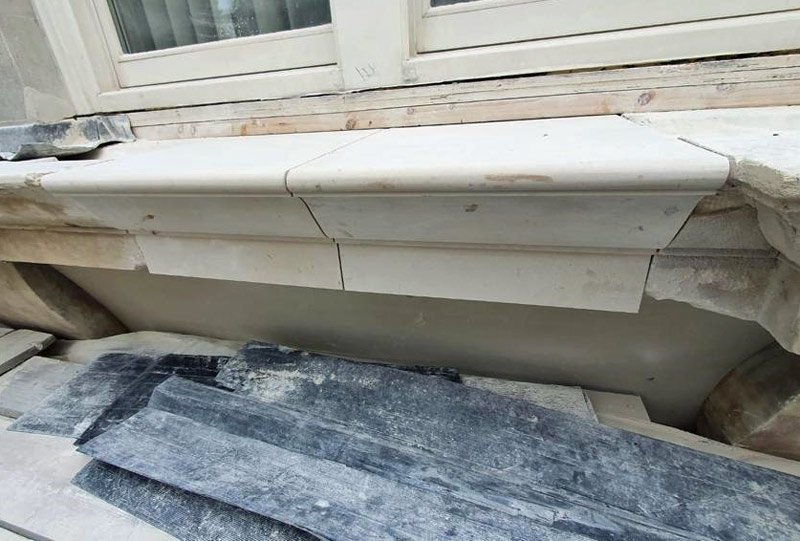 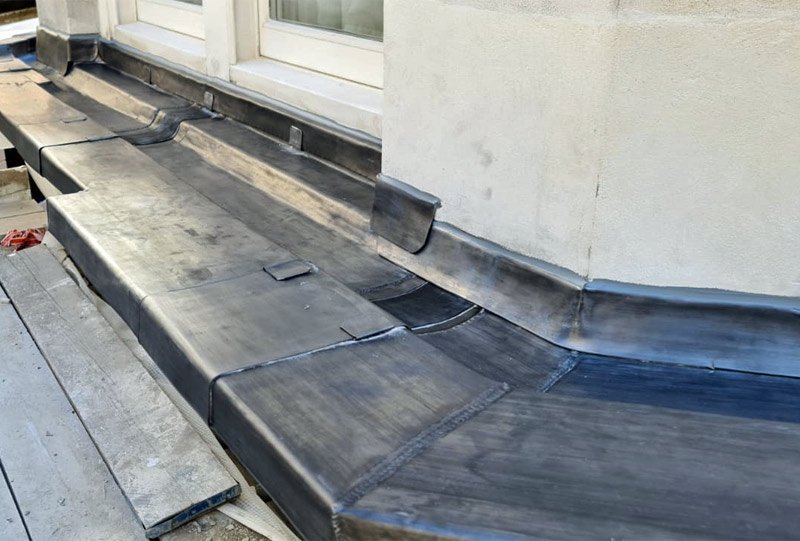 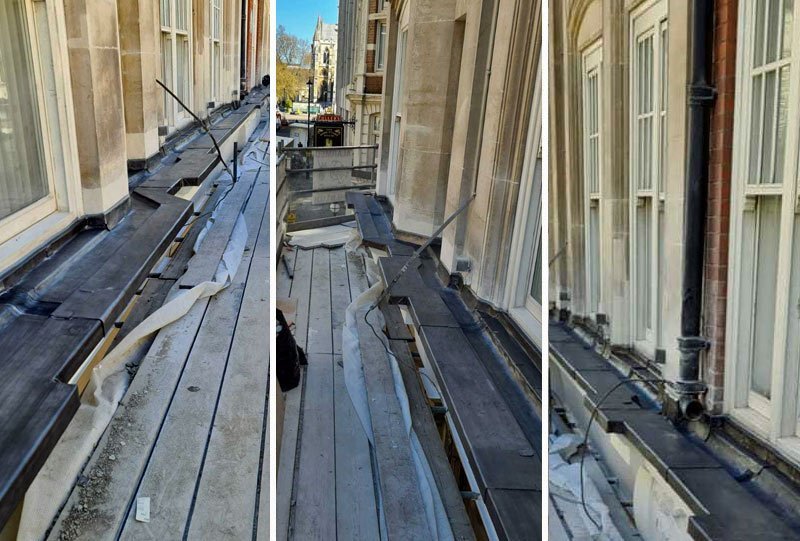 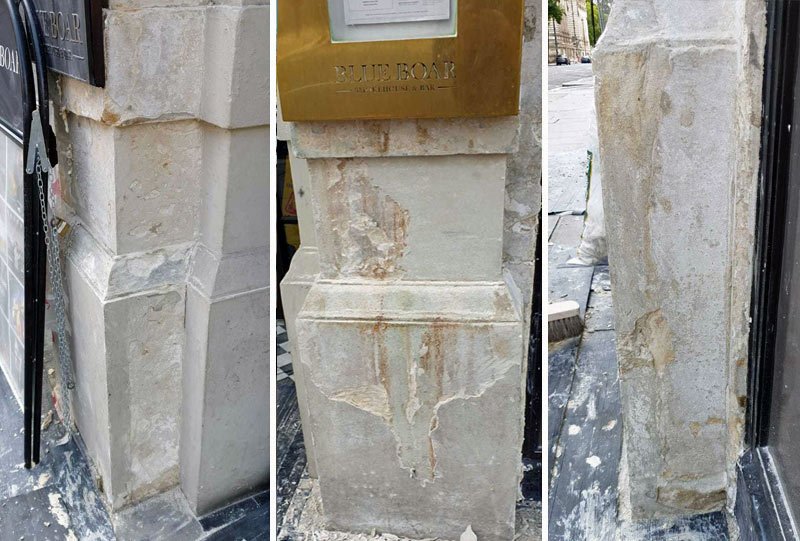 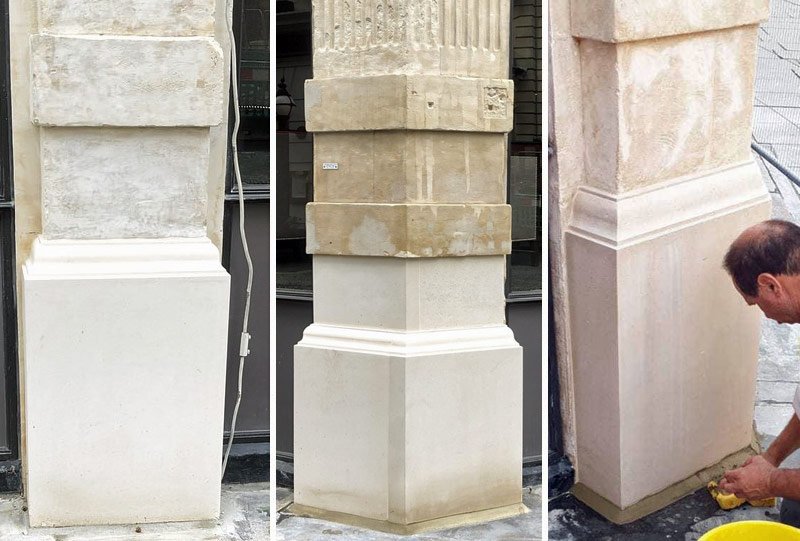 Pictured: Three examples of the pilasters that we repaired on the facade 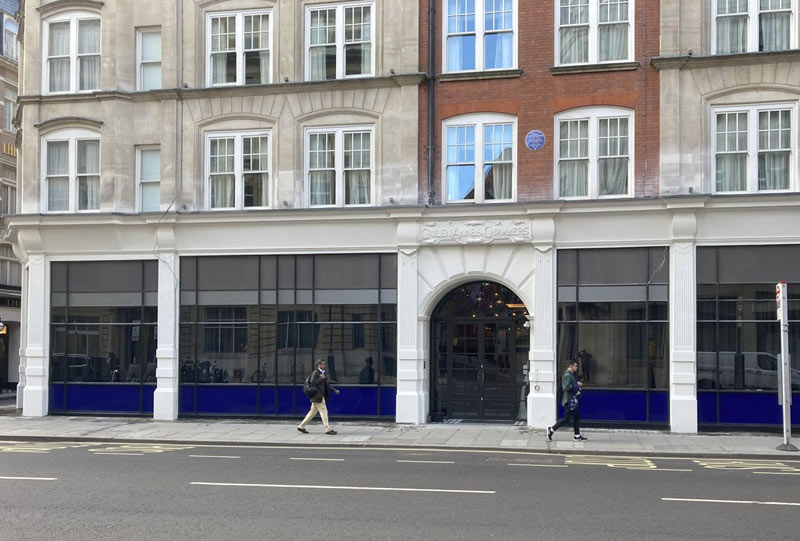 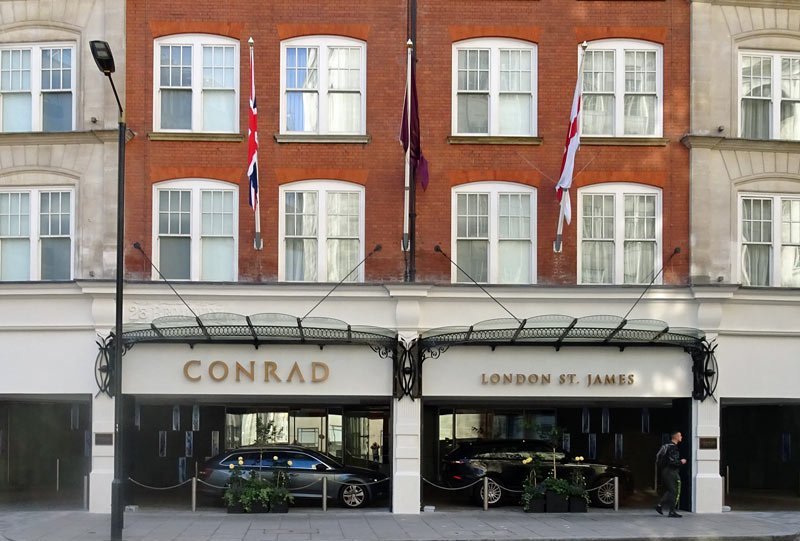 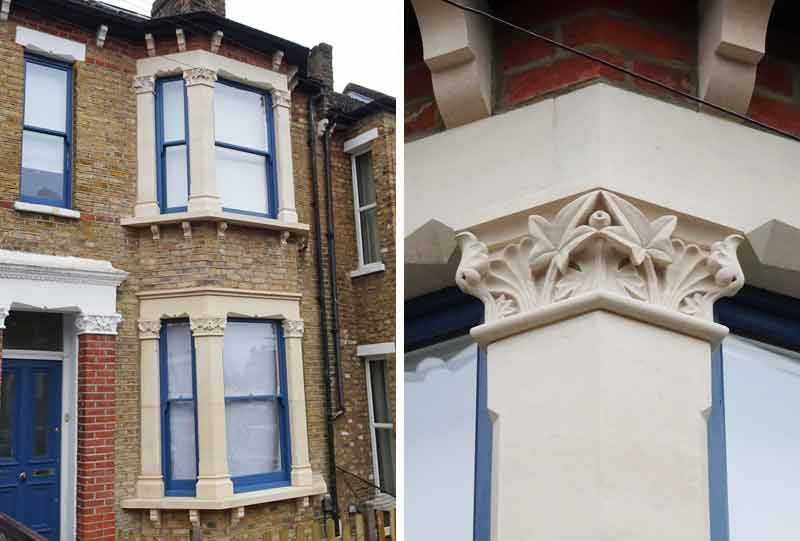 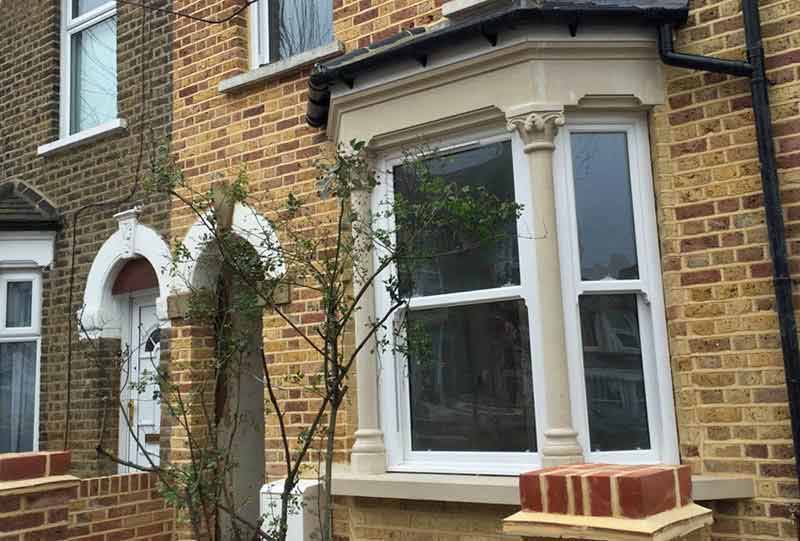 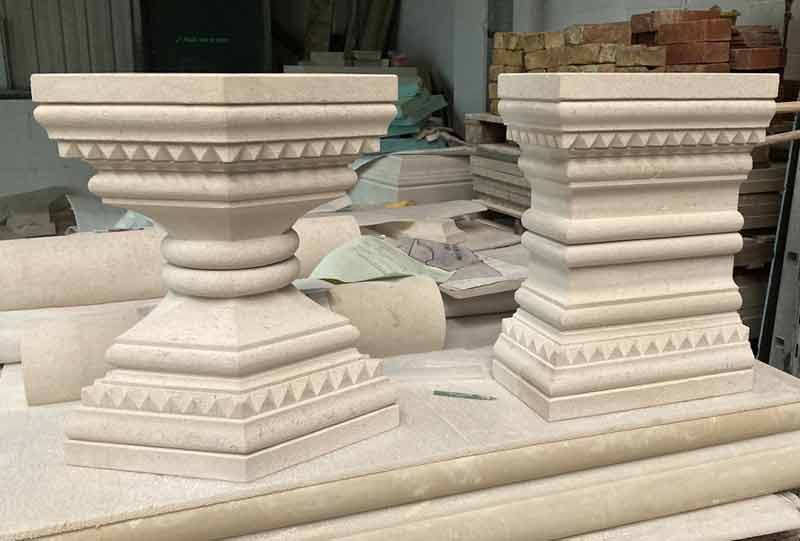